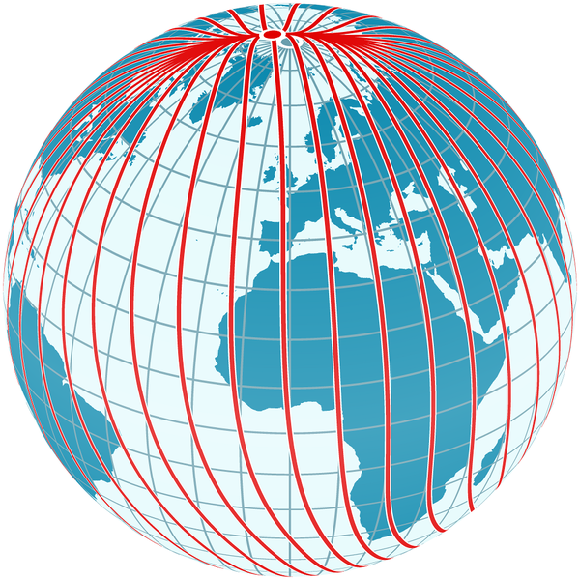 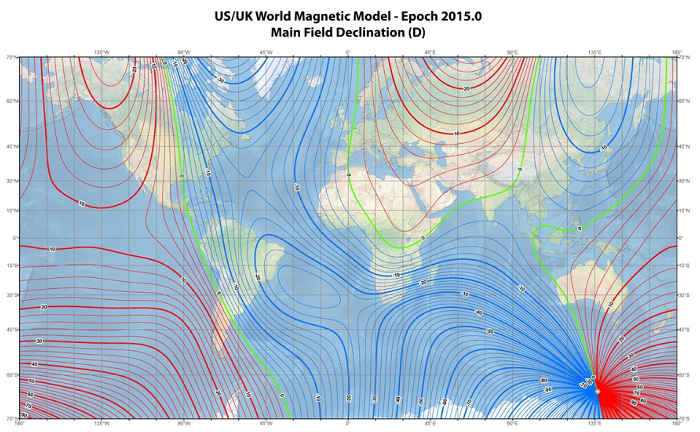 Declination varies both from place to place and with the passage of time. The reason for this are complex fluid motions in the outer core of the Earth which cause the magnetic field to change slowly with time. That’s why old maps have to be adjusted to the new declination time by time.
The declination in Switzerland is currently only around 2° and is therefore neglected in almost every map. 1° difference would mean 1.7m deviation for 100m. In the example below, you should miss the control by about 10m on the right (purple x)  when running straight with your compass ( 2.1° declination, 280m distance). 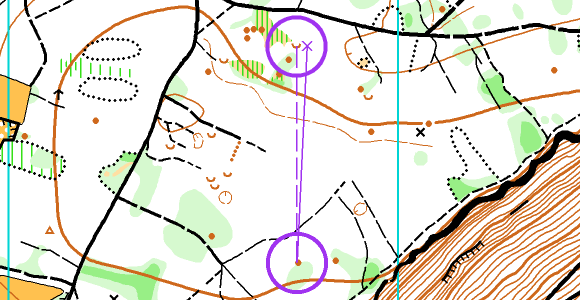 How can you adjust the Declination in OCAD?

In OCAD, there’s a new function called Rotate Map to Magnetic North.
This function considers the Magnetic declination and the Grid convergence of your current position and suggests by how much the map should be rotated. Learn more about this new function here.

In the Map Menu, there are two more functions where you could rotate your map. Do not edit the Angle in the function Set Scale and Coordinate System. Only change the angle there, if you start a new map and haven’t drawn any objects yet. The function Rotate Map is basically the same as Rotate Map to Magnetic North, but not that sophisticated. 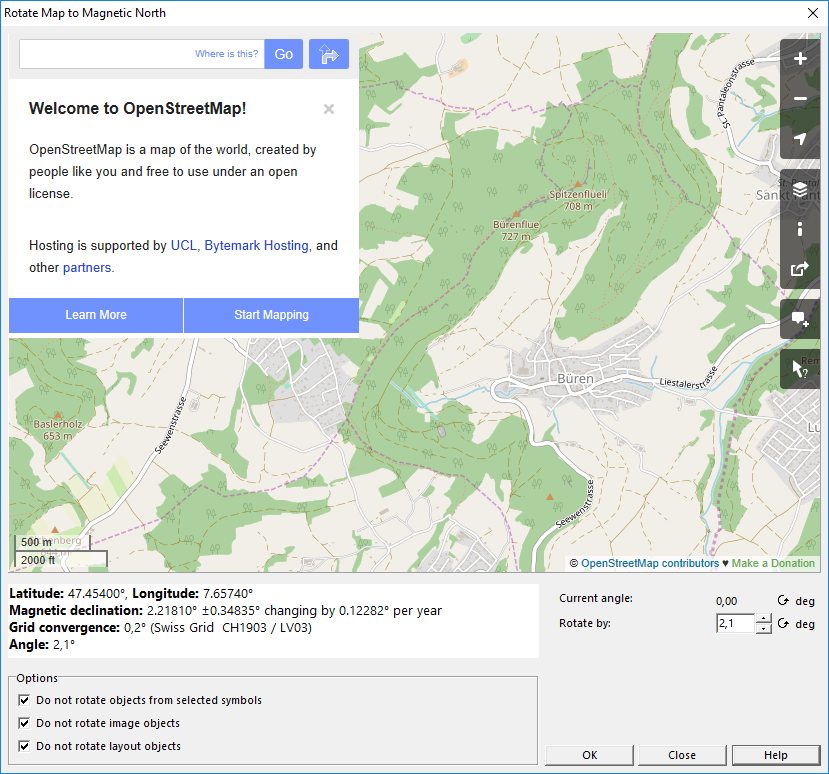 Every time you rotate the map, the position accuracy of your objects is reduced a bit due to rounding differences. Therefore, we recommend not to adjust your map every year to the current declination, but maybe every fifth year.

A possible workflow would also be to rotate the map only before you print and export it. This way, you avoid rounding errors. The disadvantage is, that if you rotate the map at once with a big angle, non-rotated objects oriented to north could possible suddenly interact with rotated objects in a negative manner. Therefore, we do not recommend this workflow.