You may have symbols on your map, which consist of many different line and/or area objects. Editing and moving around these Symbols can get tedious. In OCAD Mapping Solution, there’s a function to Convert Area and Line Objects to a Point Symbol (Wiki).

A typical example for this function would be the import of a PDF. Vector objects in PDF files are imported as Image Objects (grey objects) and can be converted to Point Symbols (green objects). Learn here, how to Create a Point Symbol out of Vector Data (Video). 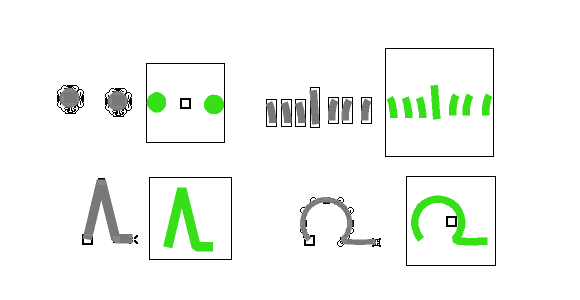 The latest mapping standard for sprint orienteering maps, called ISSprOM 2019, has been published by the International Orienteering Federation (IOF). The document can be downloaded from the IOF website.

OCAD has implemented the new standard in their symbol sets, which you get with the latest Service Update. The ISSprOM 2019 is valid from 1 January 2020. Until then, the current ISSOM 2007 is still in use.

In order to keep track of all the different symbol sets that have been released lately, we created the Wiki page Symbol Set Overview. There you’ll also learn how to convert your maps to the new standards.